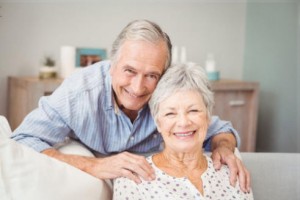 Understanding the Nature of Alzheimer’s

I think most of us know the severity of Alzheimer’s in America and how greatly it has impacted the elder population.

For those who don’t know the specifics, an estimated 5.4 million Americans are diagnosed with this form of dementia; 5.2 million are 65 and older. This condition challenges the latter stage of people’s lives making the dynamic of everyone involved equally as difficult to deal with. I got into craniosacral therapy because I believed that unlike the tradition of seeking solutions outside of us, our bodies had everything needed to sustain health in the long run.

The Effects and Treatment of Alzheimer’s

Alzheimer’s causes the amyloid β of the glymphatic system to back up the brain’s pathways and block spaces in between cells. Many specialists agree that amyloid β plaques prevent neuron generation and become the precursor to developing dementia. Therefore, by speeding up circulation of these elements in our glymphatic system, we can reduce the progression of Alzheimer’s.

Although this may be considered an alternative treatment, the concept has been discussed for over 30 years. Dr. John Upledger introduced his pressure stat model which would cycle cerebral spinal fluid within the dural membranes promoting blood flow and releasing built up compression. Now, this gentle hands-on treatment is being validated in numerous health settings and published works around the world.

The Link Between Foods and Our Health

Additionally, what many of us have forgotten is that food was one of mankind’s very first medicines.

Researchers are barely beginning to rediscover the link between gastrointestinal health and our brain. By cutting out most of the ingredients found in an average diet such as processed foods, sugars, grains and starches, inflammation in the body and brain significantly decreases. This ultimately improves cognitive productivity and has the potential to not only treat but stop symptoms of dementia in its tracks. Of course, it’s most effective in conjunction with exercise, mental activity and a strong support system. Nevertheless, by re-evaluating our habits rather than looking outside of ourselves for solutions is giving mainstream science a run for its money.

10 Things Your Doctor Will Not Tell You...

Get A FREE Report: 10 Things Your Doctor Will Not Tell You About Alzheimer’s. Leave your first name and email to download the report.

Thank you. The download link has been sent to your email.